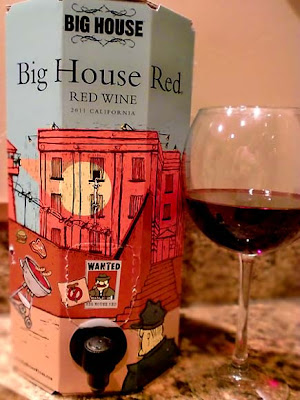 Big House Red
Red Wine Blend
Vintage: 2011
Origin: California
Alcohol: 13.5%
It's not often that I drink boxed wine and actually, this is the first boxed wine that I've formally reviewed here on this blog.  Not that boxed wines are bad, but they tend to have a sketchy reputation.  Fortunately for the wine drinkers among us, boxed wines are making a turn for the better.  This is one such wine...
This is the 2011 Big House Red, a red wine blend that is comprised of over 15 different wine varieties!  Does that sound crazy?  Yes.  Because it is crazy.  I have a feeling somebody just tried to embody the whole Go Big or Go Home idea and thought, "Hey, why not!!!"  In a way, it's kind of like when you were a kid and would mix ten different kinds of fountain soda together and called it a "suicide."  It's kind of like that... except this stuff actually tastes good.  According to the data sheet this stuff is:
19% Grenache
17% Syrah
16% Tempranillo
14% Petite Verdot
6% Mourvedre
4% Sagrantino
3% Malbec
2% Negro Amaro
1% Teraldego
1% Petite Sirah
1% Tannat
and 5% Other Esoteric Reds.
The grapes were cold soaked for a couple of days, then fermented at 60-65'F for two weeks.  The wine was then malolatic fermented and a small portion of it put in oak.  To say there's a lot going on here between the wine-making process and the 15+ varietals of grapes would be an understatement.  To my palette, it tastes primarily of Syrah and Tempranillo, but you can definitely tell there's other stuff going on and some flavors that are difficulty to pinpoint.
It pours a transluscent ruby red and has aromas of cherry, raspberry, and a hint of pepper.  On the palette, it's very fruit-heavy with sweet red cherries, red raspberries, a bit of plum and cranberry, and a mild touch of earth and oak in the finish.  The tannins are moderate, smooth and well-balanced.
Big House Red is fruity, jammy, and sweet without being cloying, and the moderate tannins really help balance out all the fruit.  There's quite a bit going on here through all the red fruit flavors, with a lot of mild background notes.  This actually surprised me and I kept taking another sip just trying to pinpoint all its nuances.
I'd say this 15+ wine varietal blend is a success, especially at $22 for a 3 liter box.  But yeah, it also comes in regular 750 mL bottles if you just don't want to buy a boxed wine.  Granted, though, the box version will keep for 6 weeks after opening... totally worth it.
If you're curious about the Big House wines, back in the Fall I reviewed their Cabernet Sauvignon and their "Naked" Chardonnay.  Check it out...
Drink This: if you want a fruity red wine with lots going on and good balance.  I say opt for the box version, if you're going to buy it.
Don't Drink This: if you want a dry, dark, and brooding red.  This is a much more light-hearted, fun wine, but complex nonetheless.
Cheers!
Posted by Unknown at 3/31/2012 4 comments: 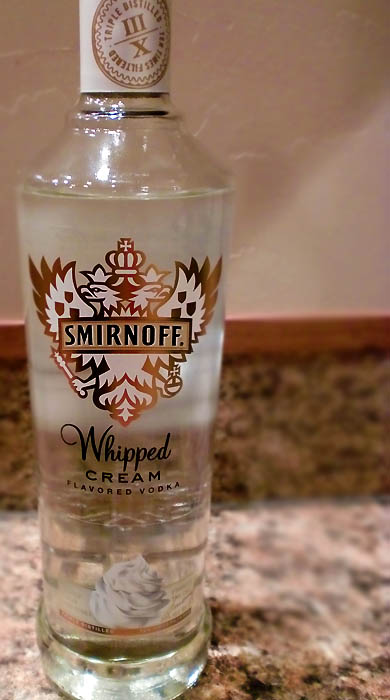 Smirnoff Whipped Cream Vodka
Diageo
30% Alcohol (60 Proof)
So, the challenge for me has never been finding beverages that I find tasty (obviously), but finding something my wife likes.  Because after all guys, at the end of the day, if your wife isn't happy, you're not happy.  Trust me...
My wife's never been much of a drinker.  She finds the taste of straight liquor entirely unappealing, even gag-inducing for things like delicious, smokey Islay scotch.  Her beer drinking history is limited pretty much to awful things like Bud Light and Keystone back in the day, and only smelling my glorious Imperial Stouts and IPA's lately (and refusing to even take a sample sip).  Yet at the end of the day, she still would like to enjoy a relaxing beverage.  Thus my challenge: find my wife something she will enjoy drinking.
Last year, I bought her some Smirnoff Melon to try mixing.  She actually really enjoyed it mixed with Sprite, well at least a few times until she got sick of it.  Then there were other things like Malibu Rum (she thought it was too sweet), a host of flavored malt liquor (ie. Smirnoff, BJ's, Skyy, etc.), and a couple other flavored vodkas.  The only thing up 'til now that has seemed to really hit the spot for her has been Disaronno mixed with cola or cranberry juice.  And honestly, it's actually pretty damn good in both.
Anyway, enough of my rambling.  This is one of the newest things I've thought that maybe she would enjoy, Smirnoff's new Whipped Cream Vodka (if you're curious, I also have a review of their new Fluffed Marshmallow Vodka coming soon).  This whipped cream vodka is honestly one of the weirder vodka flavors I've had.  Interestingly, though, it smells just like buttercream frosting, more so than whipped cream in my mind.  But not homemade buttercream, the artificial stuff from a can.  It actually doesn't smell too bad all things considered.  Tasting the stuff straight it's like taking a sip of liquid sugar with a harsh alcohol bite.  So yeah, don't drink it straight.  On a side note and surprisingly for me, this is actually a different base vodka recipe than Smirnoff's Melon vodka.  Not sure why, though.
If you're into sweet drinks for mixing, you could do much worse.  It's actually decent mixed with orange juice (creamsicle?) or mixed with root beer (like a faux root beer float).  Like Smirnoff's Melon vodka, the alcohol is a touch too harsh and the flavor is a bit too artificial and sweet.  I actually like Smirnoff's new Fluffed Marshmallow Vodka (review coming soon) better, though.
But, I guarantee this will make you a decent, sweet, girly drink if you're into that sort of thing.
Drink This: if you're a girl.  Or if you want something sweet as a mixer.
Don't Drink This: if you want smooooooth unflavored vodka.  This stuff is harsh, yet awfully sweet and a tad too feminine for a manly man like me, but hey, it could be worse.
Most importantly, though, my wife enjoys it...
Cheers!
Posted by Unknown at 3/18/2012 16 comments: 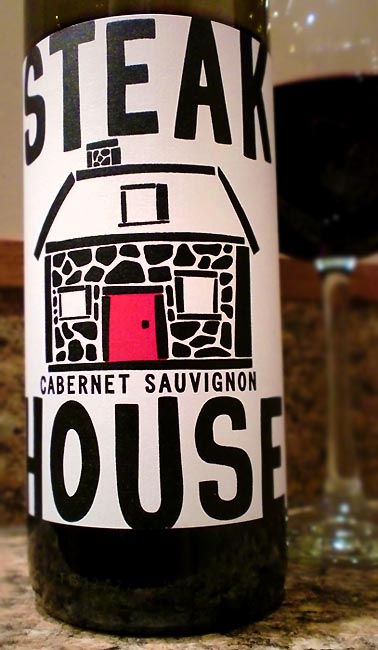 Hiram Walker Watermelon
Sour Schnapps
15% Alcohol (30 Proof)
So... I'm back again with more beverage reviewing for you guys!
This time, we have another bottle from Hiram Walker (that's a link to their Facebook page, go "Like" them, they're good people!).  If you look back through the archives, you'll see that this is the fourth bottle from Hiram Walker I've formally reviewed here.  The other three were their Butterscotch schnapps, Cinnamon schnapps, and the spiffy Caramel Apple Liqueur.  All three of those surprised me with how tasty they were.  Don't let the rather cheap price of those bottles fool ya, they're gooood stuff.
This newest one is Hiram Walker's Watermelon Sour Schnapps.  Like most of their schnapps, it's 15% alcohol, made with all natural flavors, and intended as a mixer in cocktails.  I have no problem with that, but like anything, I always like to try stuff straight to see its true colors... so I did.
Hiram Walker's Watermelon Sour Schnapps smells like sweet, sweet sugar, candied watermelon, and a touch of dare I say, rose petals.  There's something oddly, yet rather pleasantly floral about the aromas here.  You take a sip and get hit with what I can only describe as liquid Watermelon Jolly Rancher.  No joke.  It tastes exactly the same.  It's like someone melted down some Jolly Ranchers, added booze, and poured it into my mouth.  That being said, it's delicious.

Is this crazy sugary sweet?  Yes, very much so, but out of the four Hiram Walker schnapps/liqueurs I've reviewed, this one tastes the best on its own.  But then again, I love watermelon Jolly Ranchers...  This would probably be great mixed in some iced lemonade with a splash of vodka.  Or, on the bottle there's a recipe that includes this in a 'Melon Margarita' which actually sounds freaking delicious:
1 part tequila
1 part Hiram Walker Watermelon Schnapps
1 part lime juice
3/4 part Triple Sec
Shake with ice, then strain over fresh ice
I'd drink that.
Anyway, go check out Hiram Walker's Facebook page, like I said earlier.  They have an upcoming contest called The Quest where you can win some sweet shwag, I'm sure.  Tell 'em Bob sent you!
On a side note concerning the long-running search to find my wife some booze she actually likes (check out the archives, you'll see what I'm talking about), she informed me that watermelon is her favorite "fruit flavor."  Who would have known?!  This one just might just be a winner, after all...
Drink This: if you want a sweet, candy watermelon-y schnapps for your cocktails.  It's sweet, but I could see this mixing well in many different drinks.
Don't Drink This: if you're looking for something to drink neat or on the rocks.  It's not scotch.  But, that's pretty obvious, don't ya' think?
Cheers!
Posted by Unknown at 3/16/2012 2 comments: