Looking back, I've reviewed quite a few vodkas here at Bob's Brew and Liquor Reviews (check them all out HERE). We've had everything from crazy and weird flavored vodkas to top-shelf $80 a bottle vodkas to $6 rotgut hobo-style vodkas.  But sometimes, it's nice to get back to basics.  Back to a high-quality straightforward vodka.  And that's what we have up for review today: Balls Vodka.

Now, I know what you're thinking?  "Balls Vodka?  What kind of name is that?!"  And yes, you're correct.  They named it Balls Vodka, with the phrase being "Balls Vodka. Get Some."  Pun highly intended!  If you're like me, you're probably kind of a pervert and think that's funny.  They even call themselves "The premium quality vodka with a sense of fun."  I'm down with that!  But anyway, I digress...

Balls Vodka is a straightforward American vodka.  This is made in good ol' America from corn, distilled four times, and bottled at the industry standard 80 Proof.  Doesn't get much more straightforward and simple than that.  And I'm good with it!  I was fortunate enough to get what they call the "Super Balls" bottle, aka the larger 1.75 Liter size.  And for that, I am happy!  So, let's taste this stuff.

Balls Vodka is crystal clear like most vodkas.  It has light aroma of a subtle alcohol sweetness, which is pretty typical for a corn-based spirit, with an almost minerally essence, pretty much like any higher-end vodka.  Tasting brings clean flavors of a non-descript hint of sweetness and a light minerality, along with further hints of vanilla and almost a wintergreen-like aftertaste, but even all of these flavors are just hints and nuances, with the main flavors being the vague sweetness and minerals, things found commonly in quality bottled water.

All in all, a straightforward, smooth, American-style vodka that tastes exactly how most people want a high-end vodka to taste.  This tastes like a much more expensive vodka and is smoother than a lot of bottles that costs twice as much.  It's character is so subtle that it would mix easily with just about any cocktail, but it's plenty good enough to drink neat or on the rocks, as well.  Once again, I'm impressed.  Good stuff.

Go get you  some Balls at the Balls Vodka Facebook and Twitter pages! Tell 'em Bob sent ya!

Drink This: if you want a classic American-style vodka that is smooth, mellow, and a steal of a deal.  Plus hey, the name will be a conversation starter!  Some people have seen my bottle and it's already started some conversations about it! I've got Balls!
Don't Drink This: if you're looking for a flavored vodka or an edgy, creamy vodka like other vodka styles made around the world. 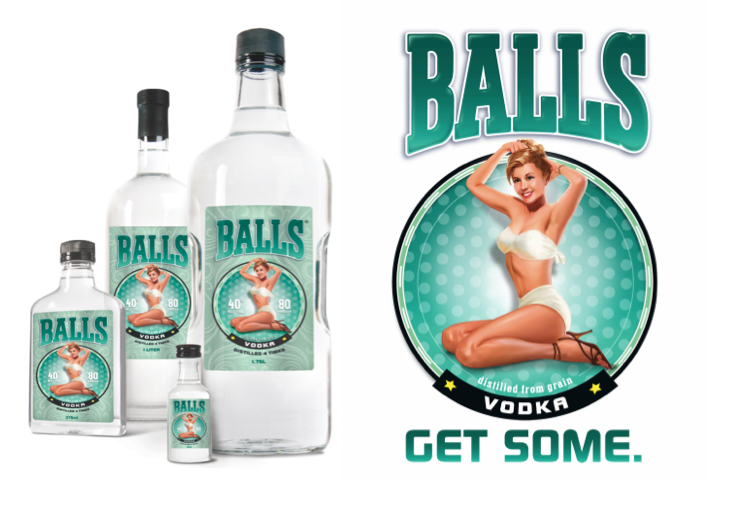