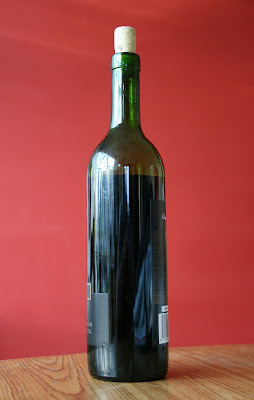 What is Alcohol?
Part 1

We all hear a lot about alcohol:
the swirling,
the smelling,
the tasting,
the drinking,
the benefits,
the socializing,
the enjoyment,
the hazards,
the stupidity,
the arrests,
the hangovers,
the pregnancies,
the awesome review blogs...

But, what is alcohol?

Now don't get me wrong, I'm no physician, merely an awesome beverage reviewer (although I do have a Masters Degree -- I didn't get these fancy pieces of paper for nothing!  I have the student debt to prove it!).
I figure you should at least understand something about the booze you're pouring down your drunken throat.  So let's get back to basics, and I promise this will be at least mildly interesting...   Plus, hey, maybe you can use this knowledge as some sort of weird pick-up line, "Hey baby, I'd like to see your yeast metabolize my sugars, then distill it down real good!"  Okay, so that might not work... and it sounds kind of gross, but if you try that line out, let me know.

Anyway, alcohol is perhaps the oldest psychoactive known to man.  Even monkeys and other animals have been seen drinking it in the wild.  Technically, of course, we are talking about ethanol (aka ethyl alcohol), the kind of alcohol you can safely drink (in moderation).  Now don't confuse this with isopropyl alcohol, a disinfectant, or methanol (methyl alcohol) which is used as a solvent, as a fuel for race cars, and in the making of formaldehyde.  One will make you happy, one will make you sick, and one will cause blindness and metabolic issues.

That's my kind of party! 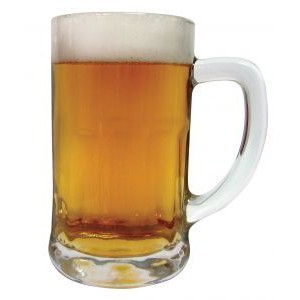 So what in the heck is alcohol?  Well, alcohol is a byproduct of fermentation whereby yeast metabolizes sugars into carbon dioxide (CO2) and ethanol.  (*Que random Bill Nye the Science Guy reference*) If you've ever had a bottle conditioned beer, you've experienced the full process, as these beers have yeast added directly into the bottle, either for the full fermentation or to simply add additional carbonation without having to use added pressurized gas.
Sounds cool because it is.

Alcohol, itself, is a clear, neutral spirit (*Bob's Interesting Fact of the Day: 190 Proof alcohol, like Everclear, is the highest proof that can be made by regular distilling methods, past that and the water won't separate any further).  Most alcoholic beverages, whether it be vodka, whisky, wine, or beer, are flavored the way they are simply as a result of the type of liquid in which the sugars were originally contained (ie. grapes, wheat, honey, etc.), the strain of yeast which did the fermenting, AND the processing from that point onward (distilling, filtering, aging, adding ingredients, putting into a fancy bottle).  The point is, the end alcohol contained in each is virtually the same.

But understand that just because the alcohol is the same, does not mean the remainder of the product is the same!  Quite the opposite!  It's the rest of the booze, that remaining 60% for most hard liquor or 86% for most wine, etc., that makes all the difference.  How a product is treated and processed are critical to its final flavor and quality.

The secondary compounds (whether inherent or added) in a given type of booze can make your "buzz" from the alcohol feel differently.  This is why a beer buzz feels different from a wine buzz, and a tequila buzz makes you get in bar fights.

What actually happens when you drink alcohol?  Well, the alcohol is absorbed via your stomach and your small intestine.  The key here is that your stomach can only absorb 10-20% of the alcoholic content, whereas your small intestine can absorb 70-80%.  This is exactly why drinking on an empty stomach will get you drunk faster, but drinking with or after a meal blunts the effects, since the food gets stopped up at the pyloric valve (which is the nifty gatekeeper between the stomach and small intestine) until it is digested further.

The whole rumor about food "soaking up" the alcohol is a bunch of BS.

Granted, there are some interesting things which can change your absorption rates.  For example, citrus speeds up your metabolism of alcohol, whereas carbonated beverages or spicy foods can essentially "tickle" your pyloric valve causing food and drinks to pass through more quickly, thus increasing how much alcohol gets metabolized.  This is why you got wasted at that weeknight party from only a couple cocktails.  Not because you're a lightweight.
Okay, so maybe you really are a lightweight, but at least now you have an excuse...

There are other ways to increase your absorption of alcohol, but since they involve body cavities, feminine products, and intravenous drug use, I'm not going to talk about them.  Don't even bother looking them up, they're dangerous, potentially lethal, and go against the whole responsible enjoyment of quality beverages that I endorse.  Seriously.

Anyway from there, your liver metabolizes 95% of the absorbed alcohol that's in your bloodstream.  A portion of the remaining 5% is excreted by your lungs.  This is how breathalyzers can detect alcohol in your system just from you exhaling into a machine on the side of the road.  This is also why sucking on pennies or using breath mints doesn't defeat a breathalyzer.  I've heard reports of people hurrying and using mouthwash when they are getting pulled over by the police, then blowing a massively unreal blood alcohol content reading (the machine was picking up the alcohol in the bloodstream AND the alcohol content of the mouthwash still lingering in the mouth)(*Reminder: Don't Drink and Drive).

On an interesting note, hardcore alcoholics do NOT need to drink as much to get drunk because as your liver starts to fail, it cannot no longer metabolize effectively and therefore excrete alcohol from your system.  Now you know. 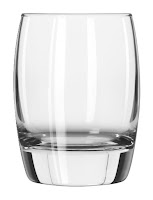 COMING SOON: What is Alcohol? - Part 2 where I go over alcohol's effects on your mind, body, and bank account.

Also included: alcohol's history, health benefits, hazards, and obscenely lowered inhibitions leading to things we would all like to forget the next morning.